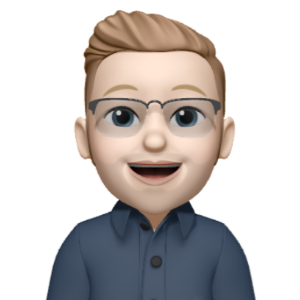 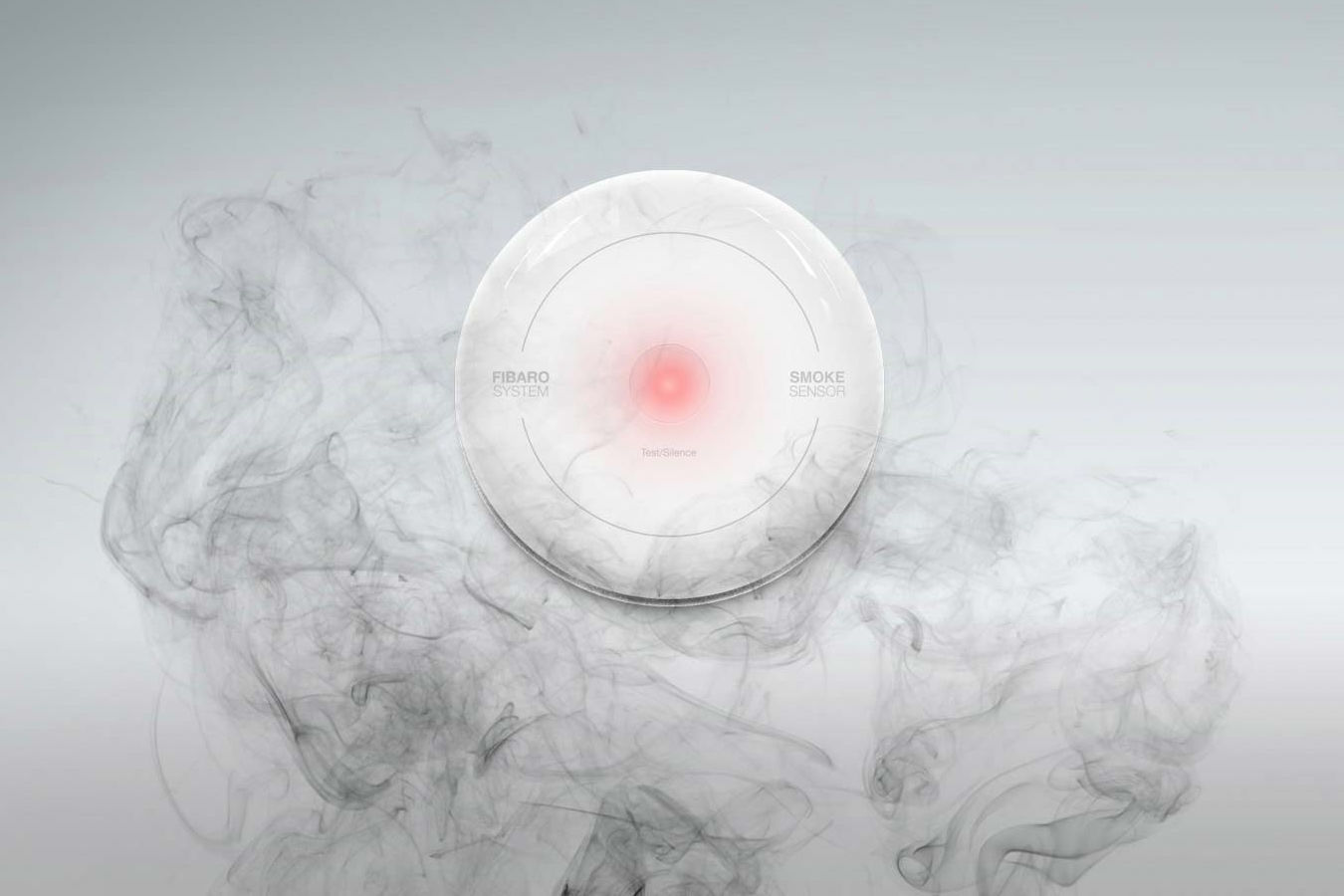 In this blog I will teach you about the different types of Z-Wave smoke detectors and I will give you examples of how you can use the detectors in an HC3 scene.

By installing a smart smoke detector, you can integrate it with your other smart devices in your home. In the event of a fire you can automatically open the shutters or switch off your HVAC system. This prevents smoke from being spread in your home through your ventilation ducts.

In Belgium and the Netherlands, it is legally required that you have installed a smoke detector on every floor that has a kitchen, living room and/or bedroom. These laws make no difference between new and existing buildings.

Which type of z-wave smoke detectors are the best?

There are two types of detectors on the market, a smoke and a heat detector. Most detectors do both like the FIBARO, HeatIt and FireAngel smoke detectors. FireAngel also has a separate dedicated heat detector in their product portfolio. The FIBARO smoke detector uses a temperature sensor to detect heat. Note that this sensor is disabled by default.

How does an optical smoke detector work?

Most smoke detectors have an optical sensor. This is a reflective photoelectric sensor that perceive a change in light intensity. The sensor sends out light and when smoke particles disturb this light beam, the detector will go into alarm.

How does a heat detector work?

What is a Z-Wave CO (carbon monoxide) detector?

A CO detector sounds an alarm when there are too many carbon monoxide particles in the air. Carbon monoxide prevents oxygen from being transported in your body. A high CO value in the air is deadly. Carbon monoxide (CO) is a colorless, tasteless, odorless and poisonous gas that is created when fuels are not completely burned. 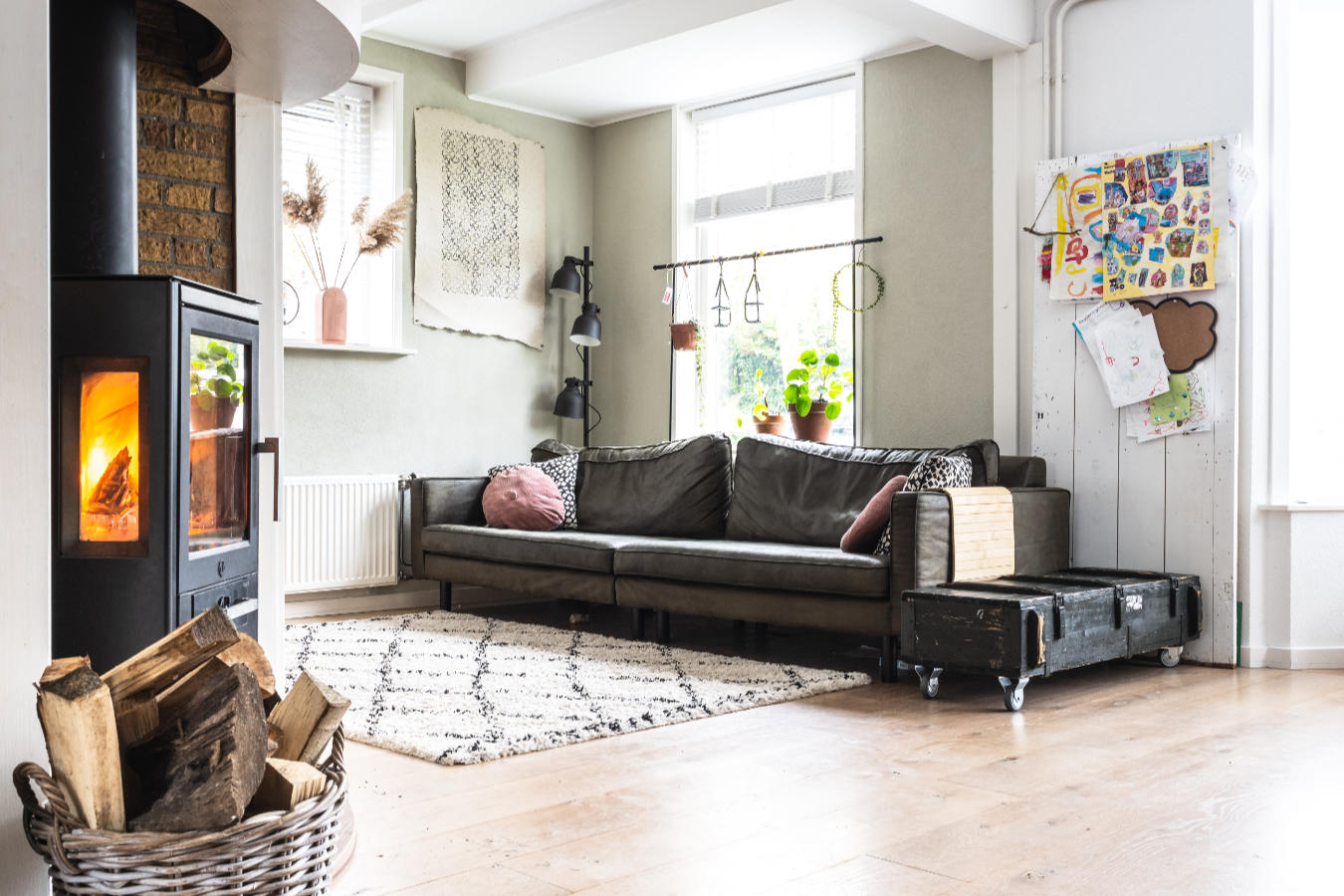 If your living room has a wood-burning stove I do recommend placing a CO detector above the unit or on the ceiling nearby. It is also wise to place a detector in your boiler room. Carbon monoxide will rise due to the warm air and will therefore be the first to go to the ceiling. If you place a CO detector there, you will be warned in time.

Which Z-Wave smoke detector to use in your smart home?

I have found the three products below that work well with the FIBARO Home Center 3. To save you time I have summarized the most important properties for you:

The FIBARO Smoke Sensor allows for the associations of five groups but I don’t advise to use such a configuration. You don’t have any control over the alarm frames send by the devices when using associations. You’re better off sounding a siren like the Aeotec Siren 6 with a HC3 scene. 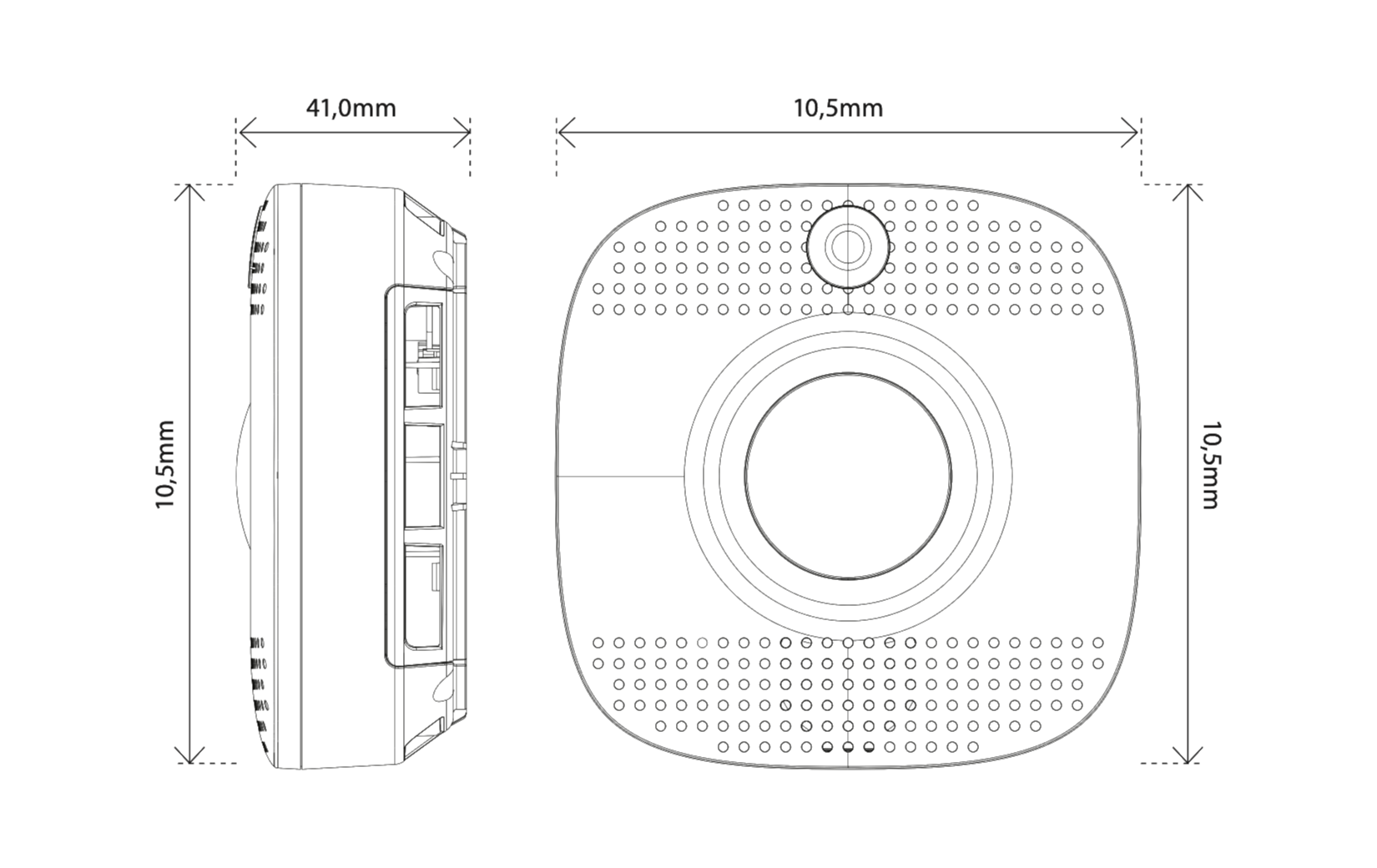 To detect sudden temperature rises with the Heatit Z-Smoke Multisensor, you have to configure a scene in your HC3 that detects the rise in temperature. The Fibaro Smoke Sensor 2 has this function build-in by default. 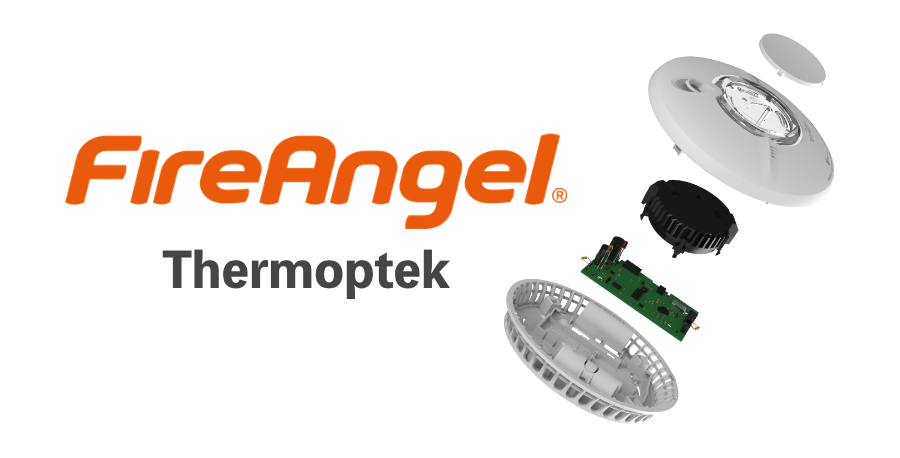 The FireAngel smoke detectors don’t use a temperature sensor to detect a sudden temperature rise in a room. FireAngel uses Thermoptek multi‑sensor technology which is made of two separate sensing elements to constantly monitor for smoke and temperature increase. If a rapid rate of temperature rise is detected the sensitivity of the smoke alarm sensor is increased. This provides a quicker response time to fast‑flaming and slow‑burning fire types.

The Heatit Z-Smoke Multisensor and FireAngel sensors have no Home Center 3 templates, but they work flawlessly with the default template assigned.

Now that I’ve told you all the ins and outs about the best Z-Wave smoke detectors, you can start using them to make smart automations with your Home Center 3. I’ll show you two examples of how you can create HC3 scenes. This may inspire you to make your own home a little bit safer.

If a fire is detected in your kitchen, the first thing you want to do is turn off your electrical appliances and central ventilation. This prevents the smoke from spreading around the house. You can also turn on certain lights. Before you start you have to define which lights to use as emergency lighting.

For extra safety you can install an Aeotec Heavy Duty Smart Switch behind your fuse that powers the kitchen group. This switch can handle devices that draw up to 40 amps of power and is able to turn of the electricity in case of fire.

You can easily program all of these safety measures in a Home Center 3 block scene. For example, you want to:

After adding these steps to a block scene, the scene looks like the following screenshot: 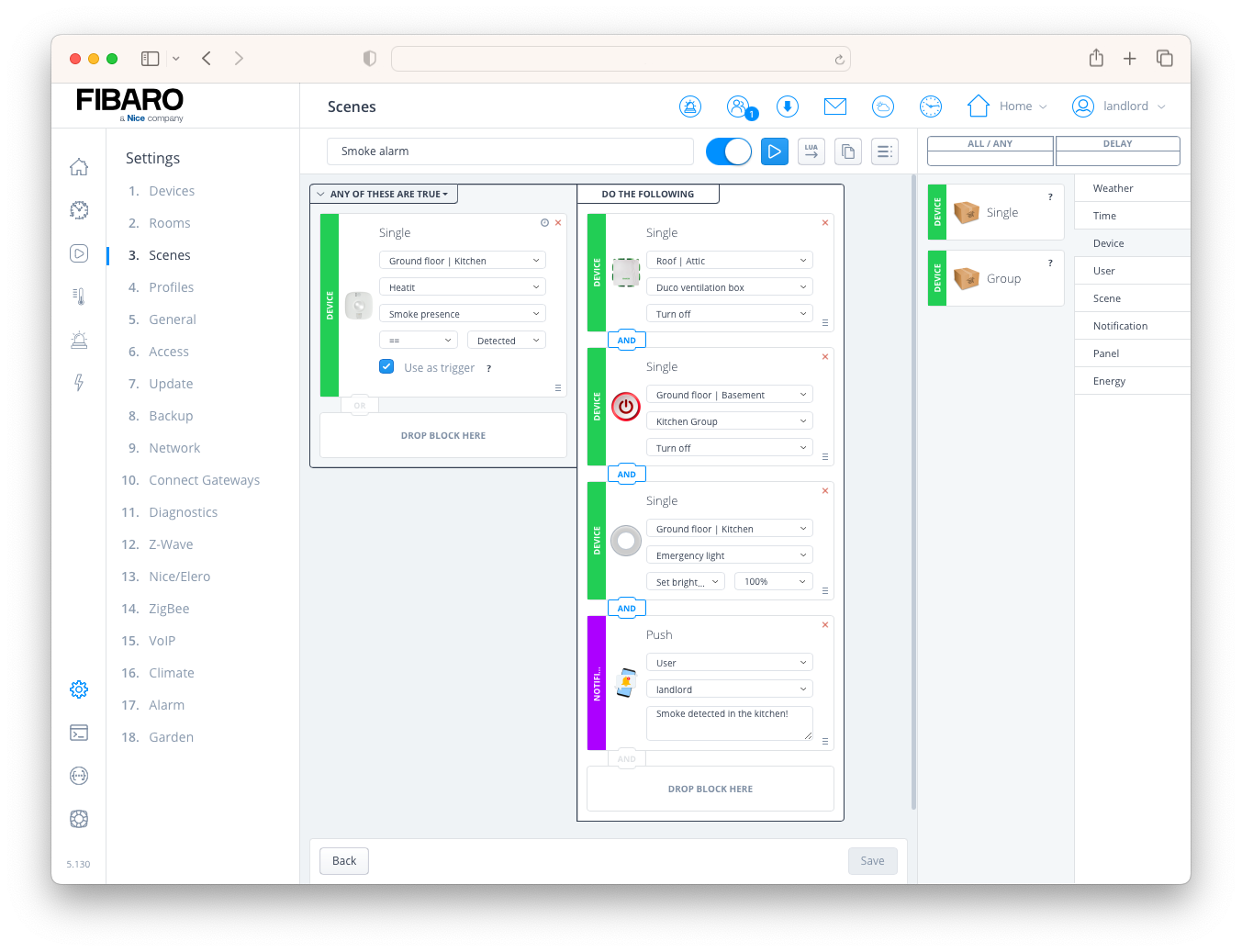 When you want to program a more complex scene in Lua you can use the following trigger code in the DECLARATIONS (Conditions/Triggers) block:

To create the above block scene exactly the same in Lua, the ACTIONS block looks like:

Please note that you need to change the ids in the Lua code to the ones for your devices!

There are several things you can do to protect yourself and your family from fire when everybody is sleeping. The number one thing you can do to increase safety while sleeping is to close the bedroom doors. Closing the doors prevents oxygen from feeding the fire. To add more safety install Z-Wave smoke detectors and configure your HC3 to:

The above list looks like you need a lot of knowledge and programming but the following HC3 block scene does it all without writing a single line of code: 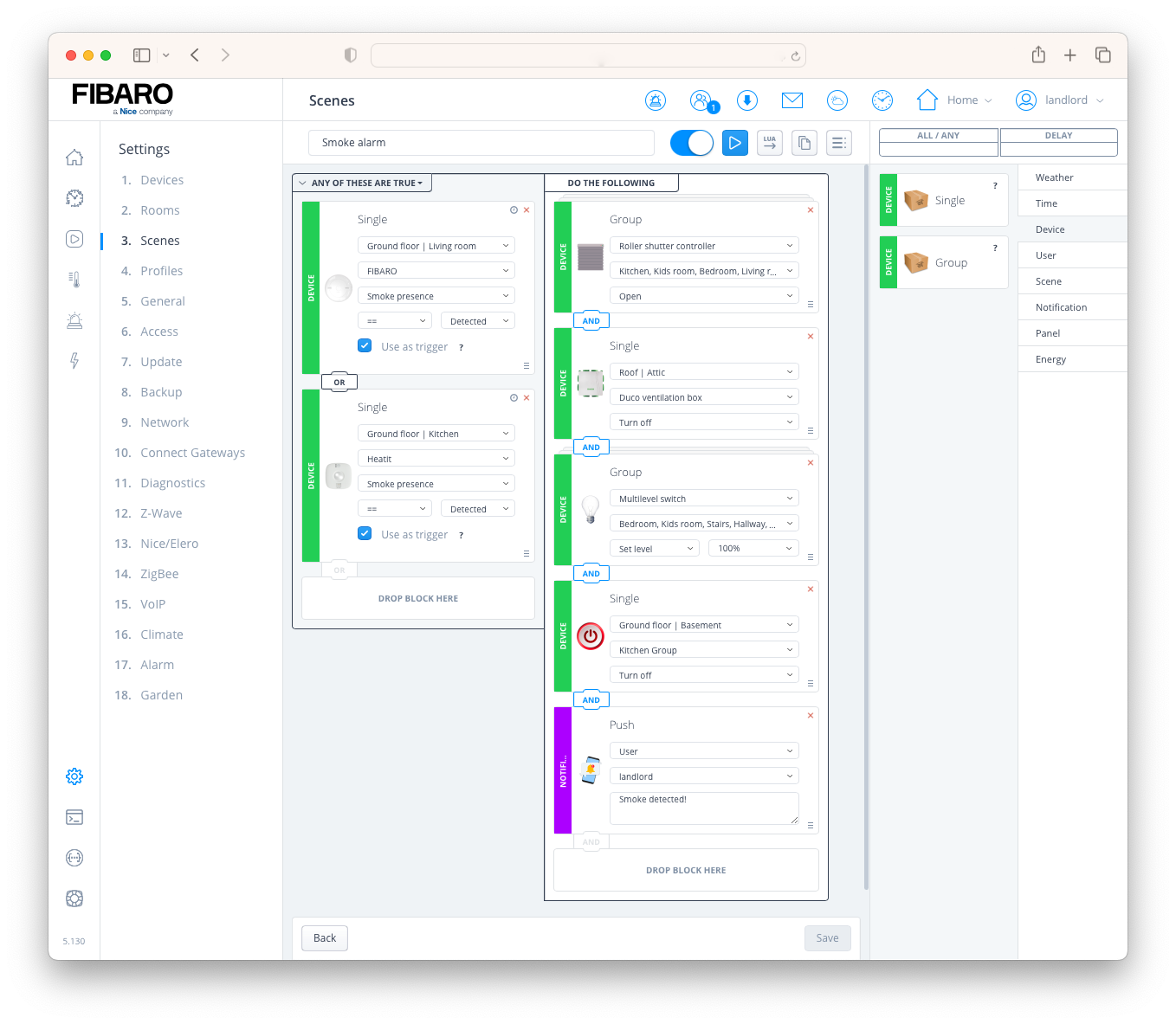 I would like to thank JDK Benelux for providing in-depth information about the various smoke detectors I have described in this article. Also I want to thank Peertje Projecten for for giving me temporary access to a test HC3 with the FireAngel and Heatit smoke detectors connected to it. This allowed me to test the differences between the devices I don’t own.

I’m not affiliated, associated, authorized, endorsed by, or in any way officially connected with FIBARO nor FIBARO Benelux, or any of its subsidiaries or its affiliates. All product and company names as well as related images are registered trademarks of their respective owners.

Owner and author of this smart home blog! 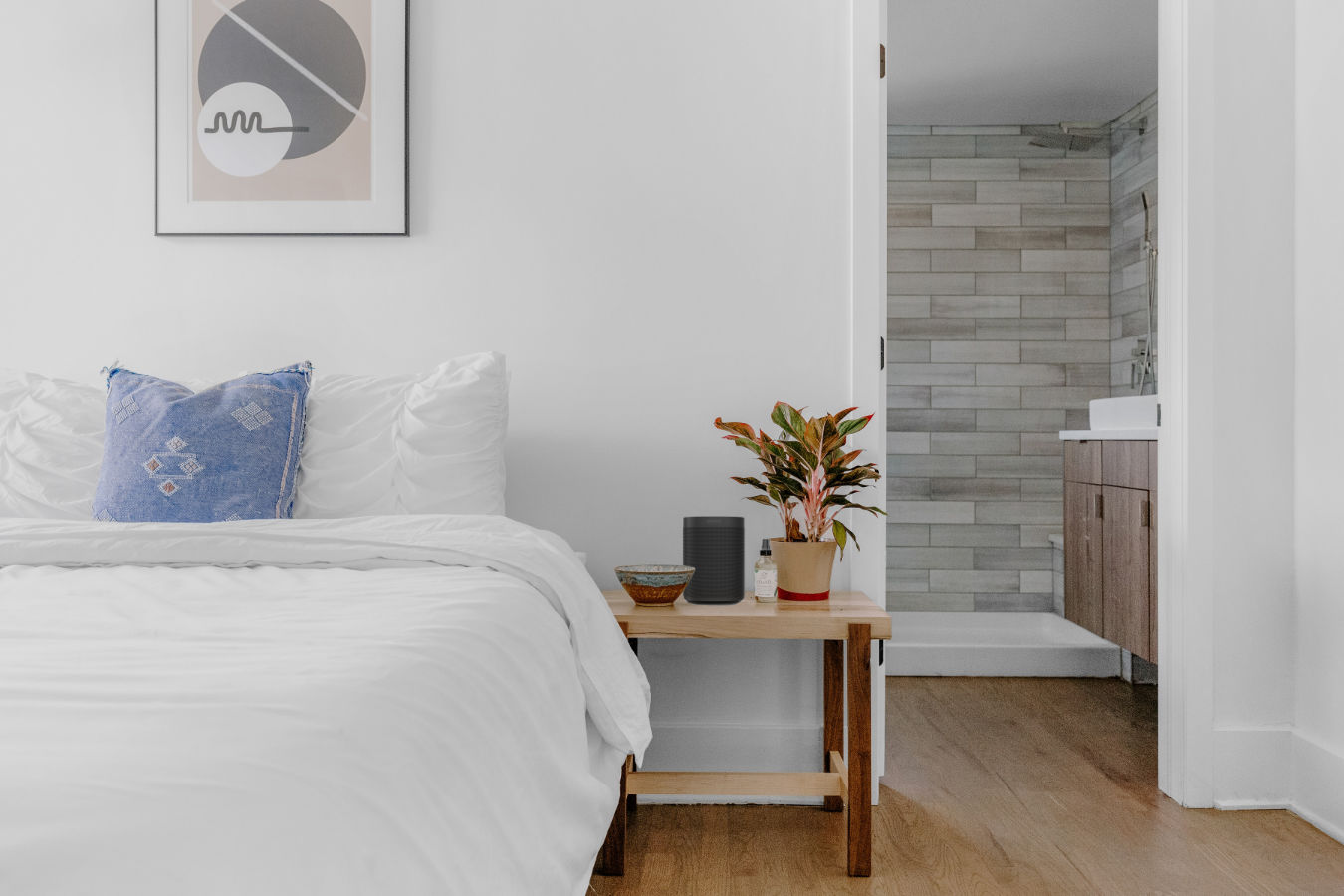 Sonos bedtime scene with sleep timer for the Home Center 3

To make sure you don’t have to use your smartphone before going to bed I’ll show you how to use the power of your Home Center 3 and Sonos system... 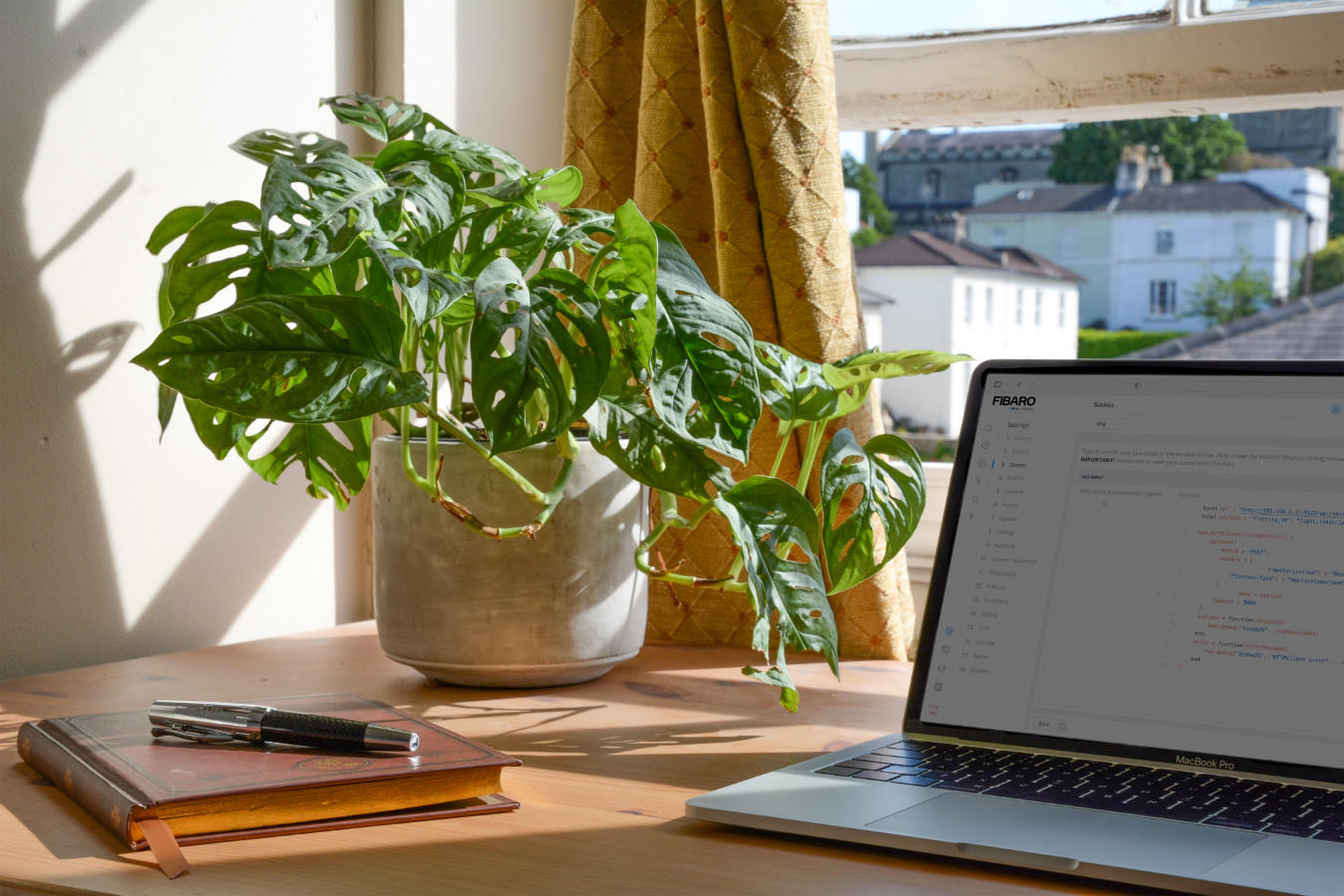 How do I send an HTTP request from a Lua scene with the Home Center 3?

There are several smart home hubs and devices on the market and you can often connect them via an REST API. This API communication works via the HTTP (Internet) protocol... 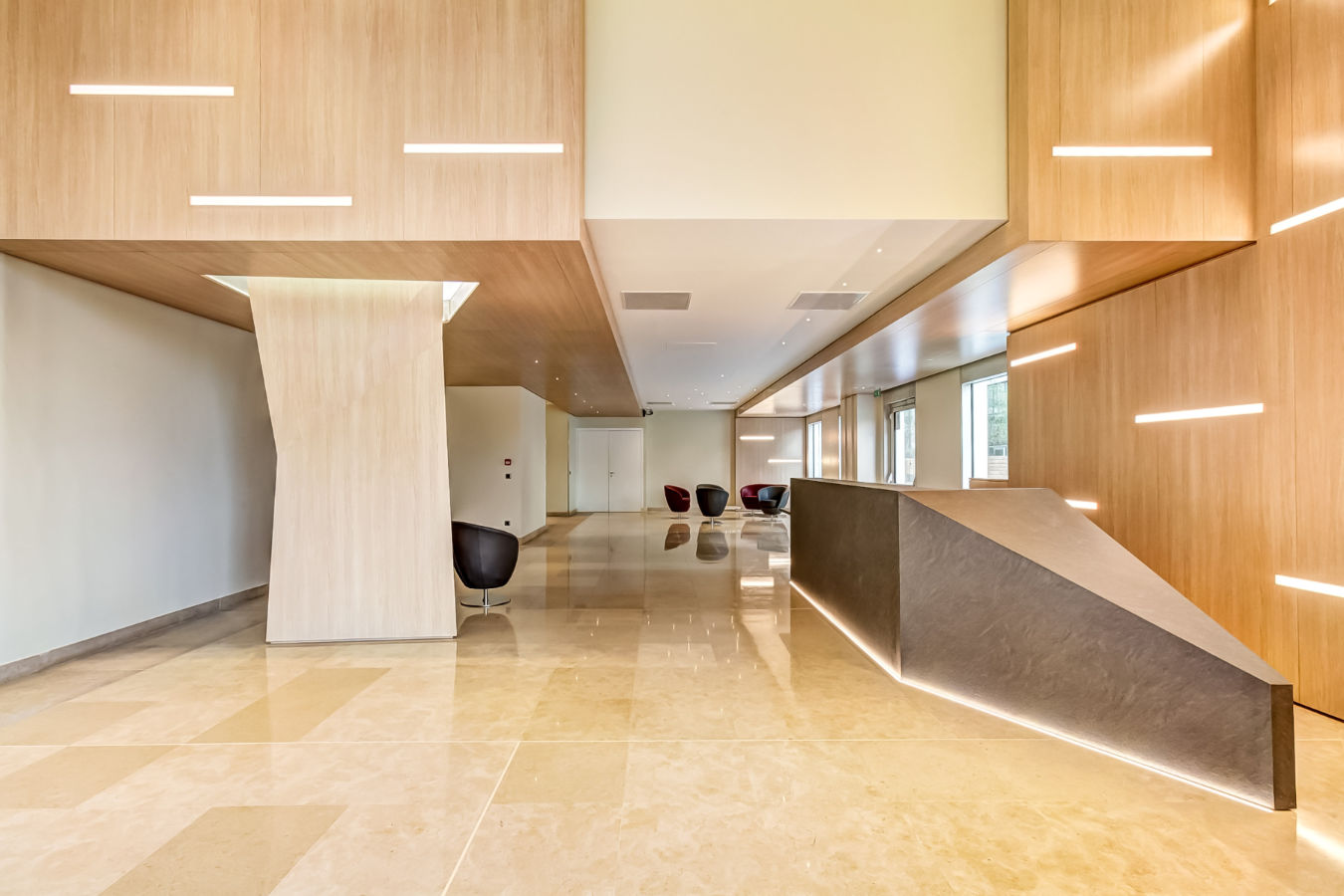 How do you create intelligent light scenes with Lua on your Home Center 3?

Many automations can be programmed much more flexibly and efficiently in Lua instead of block scenes.

Never miss a smart home blog from me, subscribe to my newsletter